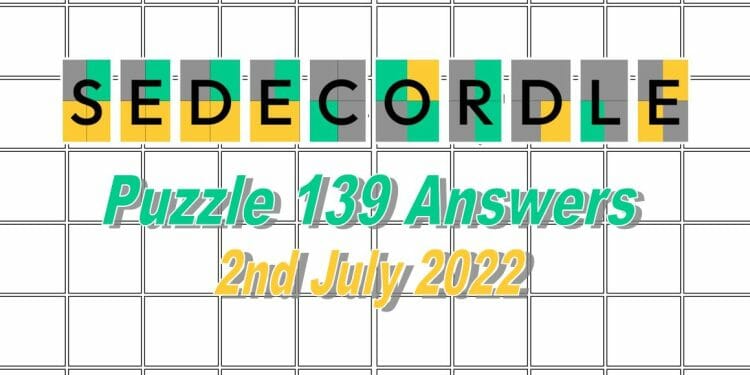 Here are the answers and some hints for the Sedecordle words for #139 today, released on July 2, 2022.

UPDATE: Click here for the hints and the answers to Sedecordle 140!

The rules of the game are the same where the words can be anything from the American English language and there are no initial clues. Once you have made a guess, this will count as a guess for all sixteen words and the tiles will change colour.

The colours it can change to are grey, yellow or green, which lets you know if you have guessed a correct letter and if it is placed correctly in the word.

Here are the clues we have for all the sixteen words of Sedecordle 139 today.

Here are all of the answers for Sedecordle 139 released today on July 2nd, 2022:

Well done if you managed to guess some or all of the words correctly! Click here for the hints and the answers to Sedecordle 140!