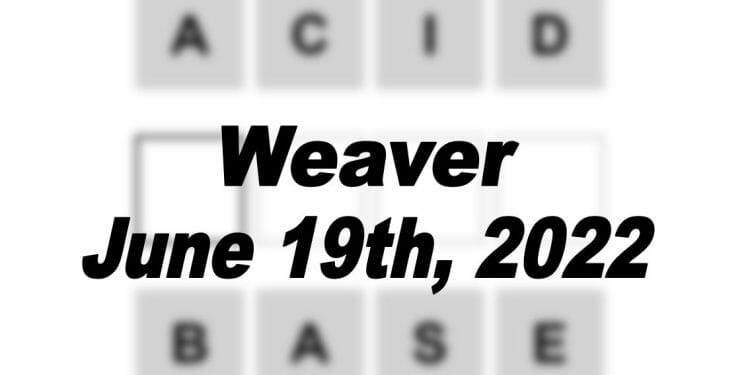 Here is the answer to the Weaver puzzle for today, released on June 19th, 2022.

UPDATE: Click here for the hints and the answers to Weaver released on June 20th.

Weaver is an online puzzle game where players are given two words and the aim of the game is to ‘weave’ your way from the first word to the second word. The way in which you do this is by entering a four letter word, which only changes one letter from the starter word to get you closer to the bottom word.

Due to the nature of this game, there are multiple solutions as you can use different words. We will be showing you one of the solutions and will try to get the optimum amount of words as possible. We will also be giving you some hints for the puzzle first to help you to solve the puzzle as well as the answer at the bottom of the article.

The starter word for the Weaver puzzle released today, June 19th 2022, is ‘ACID’ and the end word is ‘BASE’.

If you are still struggling for the words today, the answers to Weaver puzzle are: