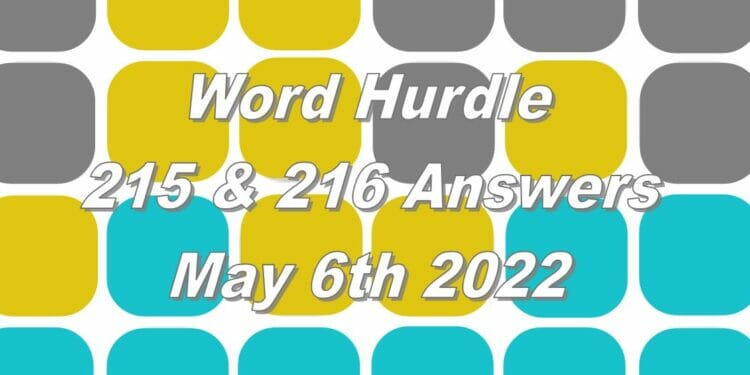 UPDATE: Click here for the hints and the answers to Word Hurdle 217 and 218!

Here are some hints we have for Word Hurdle 215 to help you to complete the word for today.

Hint 1: Contains the letter M.
Hint 2: It starts with the letter S.
Hint 3: There are two vowels in the word today.
Hint 4: A small part or quantity intended to show what the whole is like.

Here is how I managed to solve the answer to Word Hurdle 215 today in five guesses. I guessed the word ‘AUDIOS’ first (as per usual), which showed me that there is an A and S in the word, but they have not been placed in the right places. I then guessed the word ‘STEAMS’ as this places the known letters in a different position as also uses an E which is a vowel I have not guessed yet.

This word showed me that there is an E and M in the word and it also placed the S in the correct position at the start of the word. I then guessed the word ‘SCREAM’ as it puts the known letters in a different position and also uses letters I have not guessed before. Unfortunately, this still did not place any of the letters or reveal any more.

The next word I guessed was ‘SPACEY’, which showed me that there is a P in the word. As I had places the other letters in almost all the positions, I could figure out where they could be. It seems like the A is the second letter and the word also ends in an A. I then placed the M and P in the third and fourth positions to see if it would spell a word out, and this helped me to solve the answer to Word Hurdle 215 in my next guess, which is…

Here are some hints we have for Word Hurdle 216, released in the afternoon of May 6th to help you to complete the word for today.

Hint 1: Contains the letter H.
Hint 2: It starts with the letter M.
Hint 3: There are two vowels in the word today.
Hint 4: A particular procedure for accomplishing or approaching something, especially a systematic or established one.

Here is how I managed to solve the answer to Word Hurdle 216 in only four guesses today. I guessed the word ‘AUDIOS’ first, as usual, which was a good guess as it placed the O in the correct position and it also showed me that there is a D in the word.

I guessed the word ‘DEMEAN’ next, just to see if the word starts with a D and to check if there is an N in the word, but unfortunately this was not the case. I then managed to solve the answer to Word Hurdle 216 in my next guess, which is…

Well done if you managed to guess one or both of the Word Hurdle words correctly today! Click here for the hints and the answers to Word Hurdle 217 and 218!