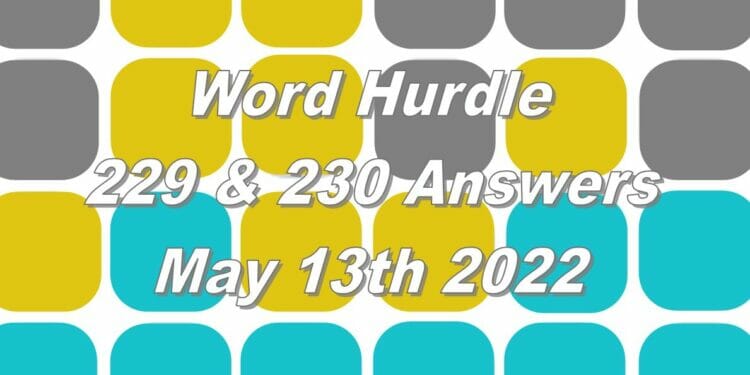 UPDATE: Click here for the hints and the answers to Word Hurdle 231 and 232!

Here are some hints we have for Word Hurdle 229 to help you to complete the word for today.

Hint 1: Contains the letter V.
Hint 2: It starts with the letter A.
Hint 3: There are three vowels in the word today.
Hint 4: Guidance or recommendations offered with regard to prudent future action.

Here is how I managed to solve the answer to Word Hurdle 229 in three guesses today. I guessed the word ‘AUDIOS’ first, as usual, which was a great word to guess for the word today as it placed the A and I in the correct positions as well as showing me that there is also a D in the word.

I wanted to guess a word that places the D in a different position as well as using letters that have not been guessed yet and the only word I could think of was ‘ADDICT’, even though I know this cannot be the answer as the second D is in a position I know it cannot be. This was a good word to guess though as it placed the D and C in the correct positions, which only left two letters to be solved.

I was then able to solve the answer to Word Hurdle 229 in my final guess, which is…

Here are some hints we have for Word Hurdle 230, released in the afternoon of May 13th to help you to complete the word for today.

Hint 1: Contains the letter L.
Hint 2: It starts with the letter S.
Hint 3: There are two vowels in the word today.
Hint 4: Not making or accompanied by any sound.

Here is how I managed to solve the answer to Word Hurdle 230 today in four guesses. I guessed the word ‘AUDIOS’ first (as per usual), which showed me that there is an I and S in the answer, but they have not been placed in the correct positions in the word.

I then decided to guess a word that puts the known letters in a different position in hopes of placing them correctly, so I went with the word ‘STINGY’ next. This was a great word to guess as it placed the S in the correct position and also showed me that there is a T and N in the answer.

I then guessed the word ‘SINTER’ which placed the I correctly and also revealed that there is an E in the word as well, which meant I now knew five out of the six letters. This made it a lot easier to solve the answer to Word Hurdle 230 in my next guess, which is…

Well done if you managed to guess one or both of the Word Hurdle words correctly today! Click here for the hints and the answers to Word Hurdle 231 and 232!