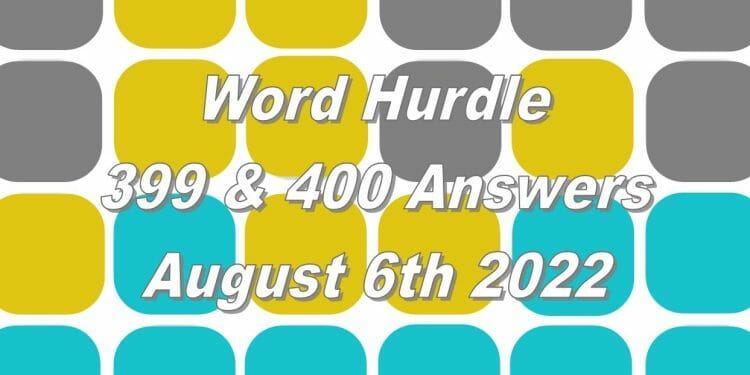 UPDATE: Click here for the hints and the answers to Word Hurdle 401 and 402!

Here are some hints we have for Word Hurdle 399 to help you to complete the word for today.

Hint 1: Contains the letter F.
Hint 2: It starts with the letter I.
Hint 3: There are two vowels in the word today.
Hint 4: Used as the object of a verb or preposition to refer to a thing or animal previously mentioned as the subject of the clause.

The answer to the Word Hurdle 399 is:

Here are some hints we have for Word Hurdle 400, released in the afternoon of August 6th to help you to complete the word for today.

Hint 1: Contains the letter R.
Hint 2: It starts with the letter M.
Hint 3: There are two vowels in the word today.
Hint 4: There is a letter that appears three times in the word.
Hint 5: A surface, typically of glass coated with a metal amalgam, which reflects a clear image.