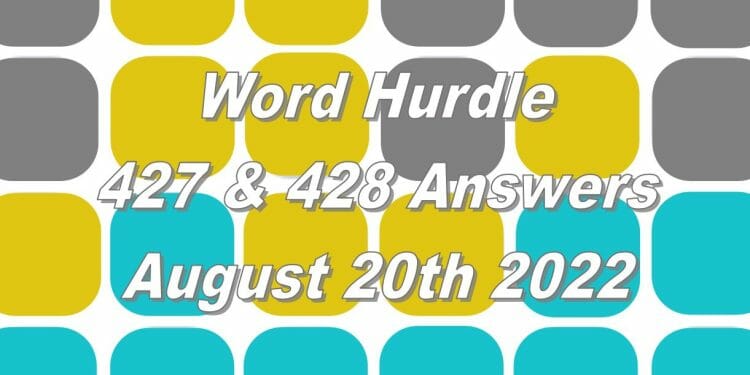 UPDATE: Click here for the hints and the answers to Word Hurdle 429 and 430!

Here are some hints we have for Word Hurdle 427 to help you to complete the word for today.

Hint 1: Contains the letter R.
Hint 2: It starts with the letter S.
Hint 3: There are two vowels in the word today.
Hint 4: Open out something so as to extend its surface area, width, or length.

The answer to the Word Hurdle 427 is:

Here are some hints we have for Word Hurdle 428, released in the afternoon of August 20th to help you to complete the word for today.

Hint 1: Contains the letter D.
Hint 2: It starts with the letter I.
Hint 3: There are three vowels in the word today (one letter has been repeated).
Hint 4: There is a repeated letter in the answer.
Hint 5: Used to emphasize a statement or response confirming something already suggested.