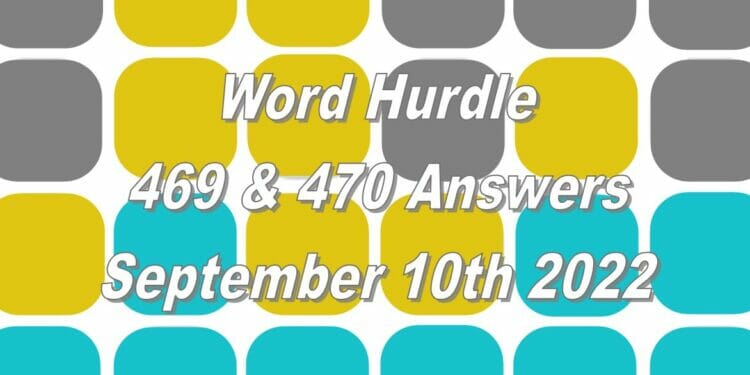 UPDATE: Click here for the hints and the answer to Word Hurdle 471 and 472!

Here are some hints we have for Word Hurdle 469 to help you to complete the word for today.

Hint 1: Contains the letter G.
Hint 2: It starts with the letter D.
Hint 3: There are three vowels in the word today (one letter has been repeated).
Hint 4: Physical harm that impairs the value, usefulness, or normal function of something.

The answer to the Word Hurdle 469 is:

Here are some hints we have for Word Hurdle 470, released in the afternoon of September 10th to help you to complete the word for today.

Hint 1: Contains the letter R.
Hint 2: It starts with the letter M.
Hint 3: There are two vowels in the word today.
Hint 4: There is a double letter in the answer.
Hint 5: Relating to the mind.