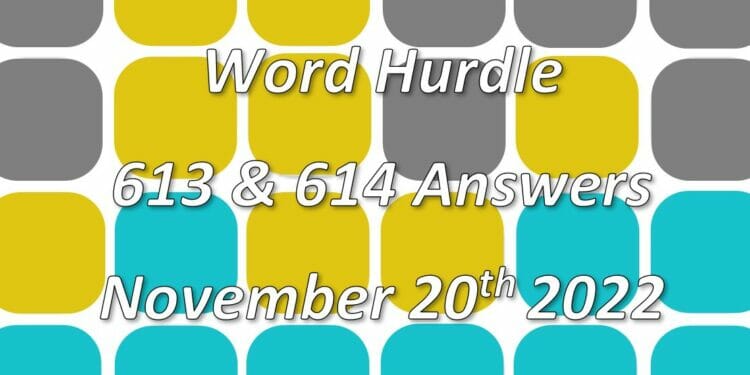 UPDATE: Click here for the hints and the answers to Word Hurdle 615 and 616!

Here are some hints we have for Word Hurdle 613 to help you to complete the word for today.

Hint 1: Contains the letter T.
Hint 2: It starts with the letter L.
Hint 3: There are two vowels in the word today.
Hint 4: There is a repeated letter.
Hint 5: A computer that is portable and suitable for use while travelling.

The answer to the Word Hurdle 613 is:

Here are some hints we have for Word Hurdle 614, released in the afternoon of November 20th to help you to complete the word for today.

Hint 1: Contains the letter D.
Hint 2: It starts with the letter R.
Hint 3: There are two vowels in the word today (only one letter).
Hint 4: A medicine or treatment for a disease or injury.