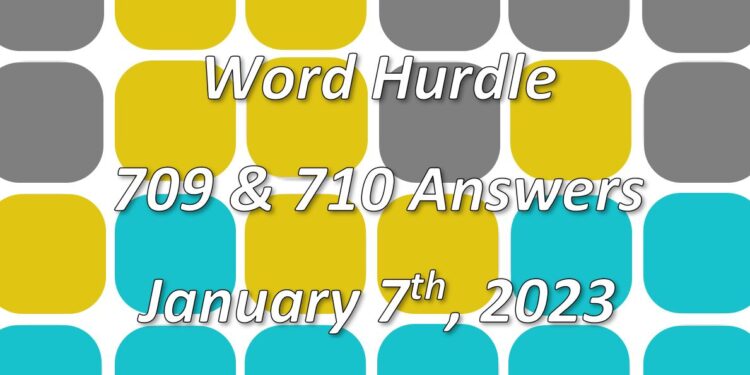 UPDATE: Click here for the hints and the answers to Word Hurdle 711 and 712!

Here are some hints we have for Word Hurdle 709 to help you to complete the word for today.

Hint 1: Contains the letter R.
Hint 2: It starts with the letter S.
Hint 3: There are two vowels in the word today.
Hint 4: There is a repeated letter.
Hint 5: A trap for catching birds or mammals, typically one having a noose of wire or cord.

The answer to the Word Hurdle 709 is:

Here are some hints we have for Word Hurdle 710, released in the afternoon of January 7th to help you to complete the word for today.

Hint 1: Contains the letter D.
Hint 2: It starts with the letter F.
Hint 3: There are two vowels in the word today.
Hint 4: There is a double letter.
Hint 5: (With reference to a glass surface) cover or become covered with steam.