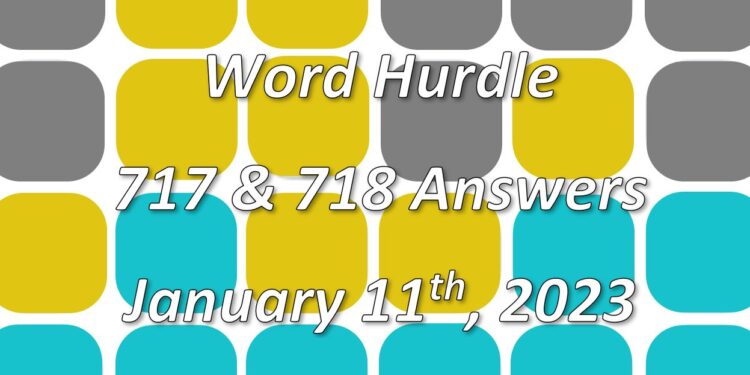 UPDATE: Click here for the hints and the answers to Word Hurdle 719 and 720!

Here are some hints we have for Word Hurdle 717 to help you to complete the word for today.

Hint 1: Contains the letter C.
Hint 2: It starts with the letter A.
Hint 3: There are two vowels in the word today.
Hint 4: It is a noun.
Hint 5: There are two letters that have been repeated.
Hint 6: Steady recurrent ticking sound as made by a clock.

The answer to the Word Hurdle 717 is:

Here are some hints we have for Word Hurdle 718, released in the afternoon of January 11th to help you to complete the word for today.

Hint 1: Contains the letter G.
Hint 2: It starts with the letter E.
Hint 3: There are two vowels in the word today.
Hint 4: It is a verb.
Hint 5: (Of a natural force) sweep over (something) so as to surround or cover it completely.