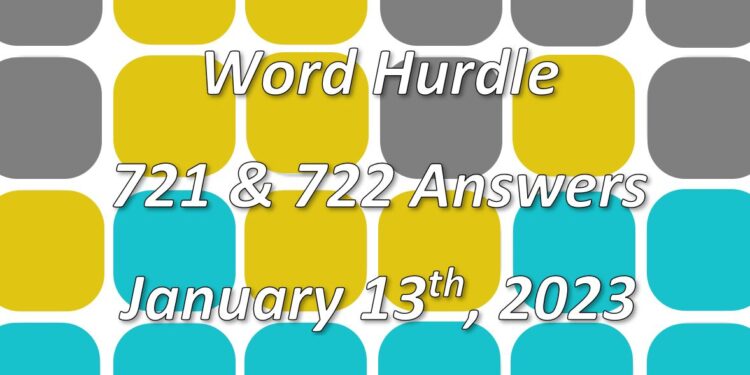 UPDATE: Click here for the hints and the answers to Word Hurdle 723 and 724!

Here are some hints we have for Word Hurdle 721 to help you to complete the word for today.

Hint 1: Contains the letter D.
Hint 2: It starts with the letter V.
Hint 3: There are three vowels in the word today.
Hint 4: It is a noun.
Hint 5: The recording, reproducing, or broadcasting of moving visual images (plural).

The answer to the Word Hurdle 721 is:

Here are some hints we have for Word Hurdle 722, released in the afternoon of January 13th to help you to complete the word for today.

Hint 1: Contains the letter S.
Hint 2: It starts with the letter L.
Hint 3: There are three vowels in the word today (one letter has been repeated).
Hint 4: It is a noun.
Hint 5: A monastery of an Eastern church (plural).