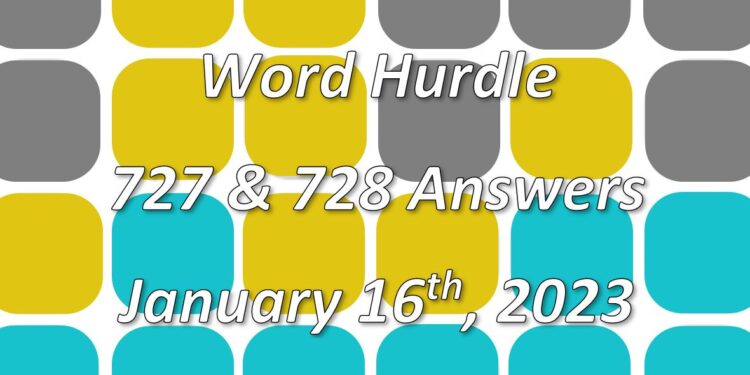 UPDATE: Click here for the hints and the answers to Word Hurdle 729 and 730!

Here are some hints we have for Word Hurdle 727 to help you to complete the word for today.

Hint 1: Contains the letter Y.
Hint 2: It starts with the letter P.
Hint 3: There are two vowels in the word today.
Hint 4: It is an verb.
Hint 5: Wish or hope strongly for a particular outcome or situation.

The answer to the Word Hurdle 727 is:

Here are some hints we have for Word Hurdle 728, released in the afternoon of January 16th to help you to complete the word for today.

Hint 1: Contains the letter M.
Hint 2: It starts with the letter S.
Hint 3: There is only one vowel in the word today.
Hint 4: There is a letter that appears three times in the word.
Hint 5: It is a noun.
Hint 6: A sudden involuntary muscular contraction or convulsive movement.