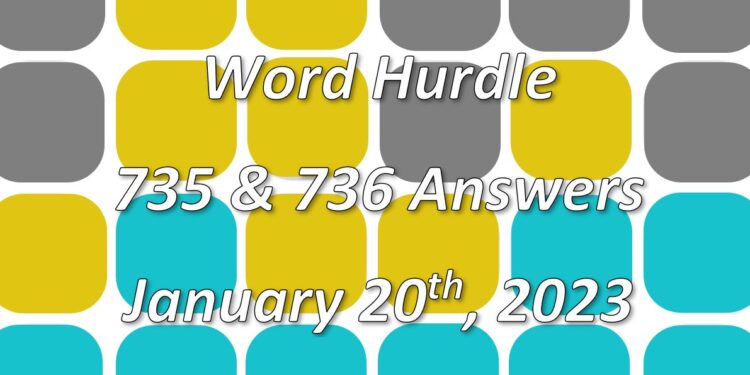 UPDATE: Click here for the hints and the answers to Word Hurdle 737 and 738!

Here are some hints we have for Word Hurdle 735 to help you to complete the word for today.

Hint 1: Contains the letter C.
Hint 2: It starts with the letter E.
Hint 3: There are two vowels in the word today (only one letter).
Hint 4: There is a double letter.
Hint 5: It is a noun.
Hint 6: A change which is a result or consequence of an action or other cause.

The answer to the Word Hurdle 735 is:

Here are some hints we have for Word Hurdle 736, released in the afternoon of January 20th to help you to complete the word for today.

Hint 1: Contains the letter G.
Hint 2: It starts with the letter F.
Hint 3: There are two vowels in the word today (only one letter).
Hint 4: It is an adjective.
Hint 5: Very cold in temperature.