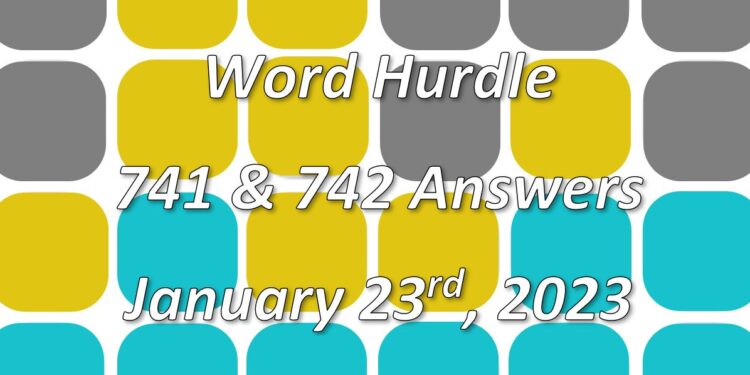 UPDATE: Click here for the hints and the answers to Word Hurdle 743 and 744!

Here are some hints we have for Word Hurdle 741 to help you to complete the word for today.

Hint 1: Contains the letter W.
Hint 2: It starts with the letter P.
Hint 3: There are two vowels in the word today.
Hint 4: It is a verb.
Hint 5: Deposit (an object) with a pawnbroker as security for money lent.

The answer to the Word Hurdle 741 is:

Here are some hints we have for Word Hurdle 742, released in the afternoon of January 23rd to help you to complete the word for today.

Hint 1: Contains the letter X.
Hint 2: It starts with the letter E.
Hint 3: There are three vowels in the word today (one letter has been repeated).
Hint 4: It is a noun.
Hint 5: (Especially among Jesuits) a devotional exercise involving reflection on and moral evaluation of one’s thoughts and conduct, typically performed on a daily basis.