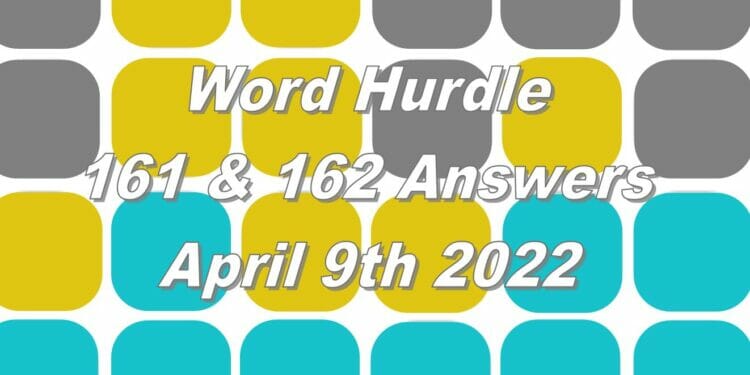 UPDATE: Click here for the hints and the answers to Word Hurdle 163 and 164!

Hint 1: Contains the letter R.
Hint 2: It starts with the letter B.
Hint 3: There are two vowels in the word today.
Hint 4: The air taken into or expelled from the lungs.

Here is how I managed to solve the answer to Word Hurdle 161 today. I guessed the word ‘AUDIOS’ first, but this was not a great guess for the word today as it only showed me there is an A in the word. I then decided to guess the word ‘CREAMY’, which was a great guess as it placed the R, E, and A in the correct positions.

The next word I guessed was ‘WREATH’ which placed the T and the H in the correct positions, leaving just the first letter. This made it really easy to guess the answer to Word Hurdle 161, which is…

Here are some hints we have for Word Hurdle 162, released in the afternoon of April 9th, to help you to complete the word for today.

Hint 1: Contains the letter R.
Hint 2: It starts with the letter C.
Hint 3: There are three vowels in the word today (one letter has been repeated).
Hint 4: Fixed or fastened so as not to give way, become loose, or be lost..

Here is how I managed to solve the answer to Word Hurdle 162 today. I guessed the word ‘AUDIOS’ first, which showed me there is an S and U in the word. I then decided to guess the word ‘FLECKY’ as all the letters in the word have not been previously guessed.

This word showed me there is an E and C in the word. From this, I now know there four of the six letters, so I decided to go with the word ‘CURSER’. This was a great guess as another letter was revealed, the R. I then managed to guess the answer to 162 in my next guess, which is…

Well done if you managed to guess one or both of the Word Hurdle words correctly today! Click here for the hints and the answers to Word Hurdle 163 and 164!