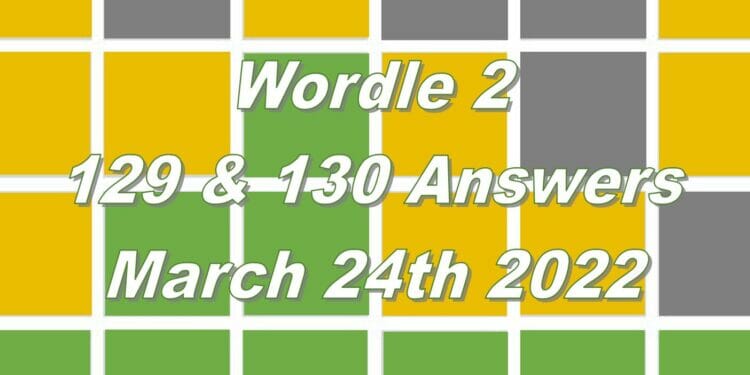 As previously mentioned, there are two words released daily, and we have the hints and answers for both words released on March 24th, 2022 below. If you want to avoid any spoilers for the afternoon word, it’s best to scroll slowly.

Here are some hints we have for Wordle 2 #129 to help you to complete the word for today.

Hint 1: Contains the letter M.
Hint 2: It starts with the letter D.
Hint 3: There are three vowels in the word today.
Hint 4: An area of control or a sphere of knowledge.

Here is how I managed to solve the answer to Wordle 2 #129 in four guesses. I started with the word ‘AUDIOS’ and this was a great guess to start as it showed me there is an A, D, I, and O in the word today. The next word I decided to guess was ‘DERAIL’. Even though it does not have an O in it, I wanted to see if I could place the other known letters and see if it would reveal any more.

This word did place the D, A and I in the right place, which is helpful, but I couldn’t think of any words that begin with a D and have the A and I in those positions. I decided to guess the word ‘STRAIN’ instead to see if there were any other letters I could reveal.

This word placed the N in the correct position, which means I have most of the letters in the word, only the second and third letters left to guess. The answer Wordle 2 #129 finally clicked in my head, which is…

Here are some hints we have for Wordle 2 #130, released in the afternoon of March 24th, to help you to complete the word for today.

Hint 1: Contains the letter G.
Hint 2: It starts with the letter D.
Hint 3: There are three vowels in the word today (only one letter).
Hint 4: The qualification you get after finishing university.

Here is how I managed to guess the answer to Wordle 2 #130 in four guesses today. I guessed the word ‘AUDIOS’ which showed me there is a D in the word, but no other letters.

This placed the D, R and the other E in the correct positions, which left only one letter to guess, which made it very easy to get the answer to Wordle 130, which is…

Well done if you managed to guess both the Wordle 2 word correctly today! Click here for the hints and answers to Word Hurdle 131 & 132! 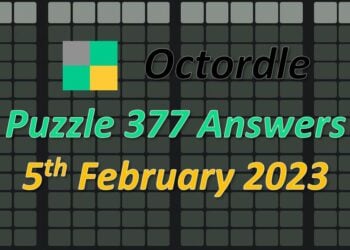 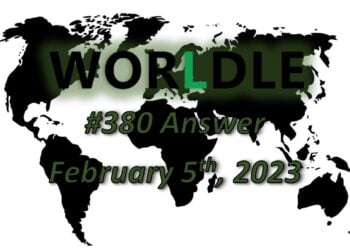 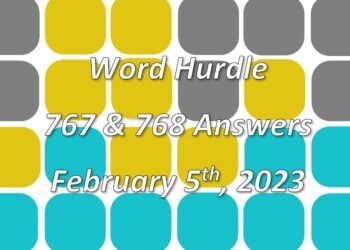