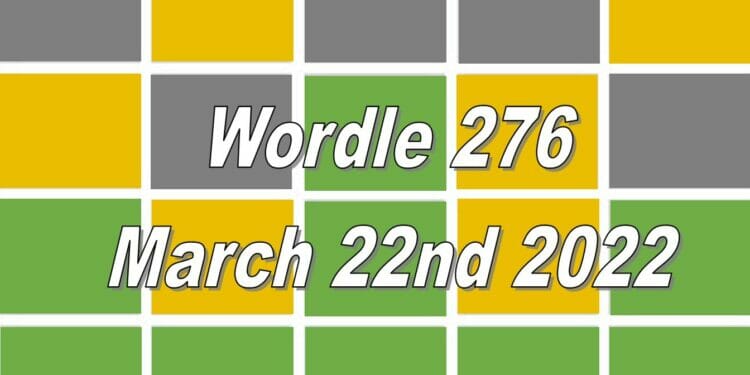 UPDATE: Click here for the hints and the answer to Wordle 277!

Wordle has a very simple concept, which is to guess the five-letter word in six guesses or less. There are no initial clues as to what the word could be and can be any word in the American English language. This may make it sound like an impossible game, but once you have made your first guess, the tiles containing the letters will change into one of three colours.

It can be difficult to get the game’s word at times, so here are some clues we have for Wordle 276 to help you to get the answer today.

Hint 1: Contains the letter H.
Hint 2: It starts with the letter S.
Hint 3: There is only one vowel in the word today.
Hint 4: It is an act or sound of splashing.

Here is how I managed to guess the answer for Wordle 276 today. I guessed the word ‘AUDIO’ as my started word, which showed me that there is an O in the word, but it was not placed in the correct position. From here, I decided it would be best to guess a word that had an E in it so went for the word ‘STORE’. This placed the S and O in the correct position and also showed me there is no E in the word.

The next guess I made was ‘SMOKY’ and again, no luck. As I was running out of letters to use and on my last guess, I did manage to guess the answer to Wordle 276 on my last try, which is…

That was definitely a close one and I thought I may have lost my win streak! Well done if you managed to guess the word correctly today! Click here for the hints and the answer to Wordle 277!