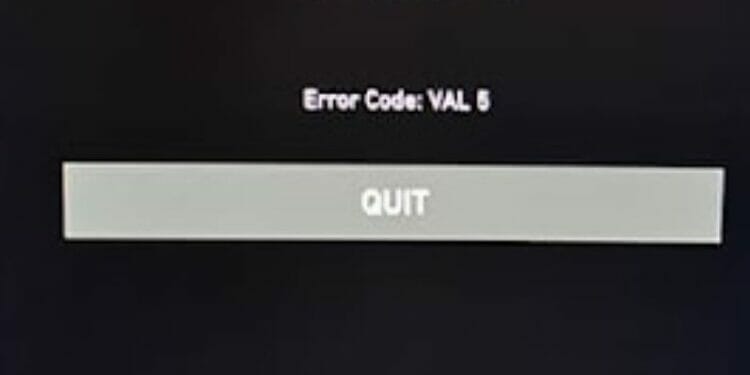 Everything you need to know about Valorant (Val) error code 5 including what causes this error and how to fix it.

Valorant is one of the best FPS games, which was created by Riot Games and officially released on 2nd June, 2020. There have been a few bug and glitches here and there, which have usually been addressed pretty quickly by the development team.

Sometimes the Valorant servers may go down, which will spit out an error like the Val Error code five. The Valorant error code 5 almost always appears when there are issues with the servers whether that’s because of the amount of players trying to log in, or scheduled maintenance.

If you’re in a match or a lobby when maintenance begins, you’ll usually see the Val error code five. It can also appear randomly with some players getting it whilst others don’t. There are a few solutions you can try to sort this issue out, and we’ve listed them below.

How to fix Valorant Error Code 5

One of the easiest methods you can do to try and correct the Val error code is by closing the game down and booting it back up. If this doesn’t happen, some players have reported that a PC reset does the trick.

Check if the servers are down

If the above two methods don’t work for you, you’ll need to try and reinstalling Riot Vanguard as it’s a solid troubleshooting method for a large majority of the errors and issues that you’ll come across with the popular FPS title.

You’ll need to take further drastic measures if none of the solutions above provide a fix for the Val error code 5. Nobody wants to reinstall an entire game, especially those with slow internet speeds due to how long it can take to download Valorant again.

However, a corrupt file can cause this issue, so it’s best to download the game again if the error persists.

If you’re tried every method above and you’re still getting the Valorant error code 5, you’ll need to open a support ticket and mention all the methods you’ve tried to troubleshoot the issue you’re having.

It’ll be ideal to include screenshots of the error message and outline all the steps you’ve taken to fix the issue. Depending on how busy the support team is, you should get a response and hopefully your issue will be resolved.

It’s always a good idea to make use of forums and websites like Reddit to see if other players are experiencing the same error you’re getting. We’ve seen a number of players have the issue and have found a unique method to address the issue. It’s worthwhile doing this if you decide to submit a support ticket to Riot Games.