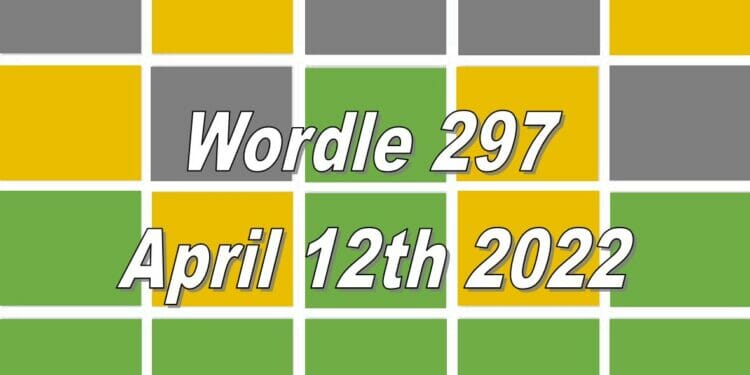 UPDATE: Click here for the hints and the answer to Wordle 298!

If you haven’t heard of Wordle yet, where have you been? This game has taken over the internet and can be found all over social media. The aim of the game is to guess the five-letter American English word in six guesses or less. There are no initial clues given as to what the word could be but once you have made a guess, the tiles will change colour.

There are three different colours you could see, which are grey, yellow or green. Grey means that the letter you have guessed is not in the word at all, so you should try not to use this letter in future guesses. Yellow means that the letter does appear in the word, but not in the position you currently have it in. Green means that you have guessed the correct letter and have placed it in the right place, which is the colour you want to see.

There is a hard option you can try as well for the game, which is where you are forced to use any correctly guessed letters from the previous row in every guess you make. You may do this already, but there are some times where there can be multiple answers for the Wordle and you need to guess a word that contains the potential letters to help you solve the Wordle, but with this mode, you will not be able to.

As the word can be quite difficult, we have some hints for Wordle 297 to help you to solve it, which are:

Hint 1: Contains the letter Y.
Hint 2: It starts with the letter R.
Hint 3: There are two vowels in the word today.
Hint 4: Having the status of a king or queen or a member of their family.

I managed to placed the A in the word, but not the O and the word also showed me there is an L in the answer. As the O is not next to the A, chances are that it will be the second letter and if not there, then the first. It seems like the L will be the last letter, so I guessed the word ‘CORAL’ next.

This placed the O and the L in the correct positions as well as showing me there is an R in the word. This has to be the first letter, which made it very easy to guess the answer to Wordle 297, which is…

Well done if you managed to guess the answer correctly today. Click here for the hints and the answer to Wordle 298!