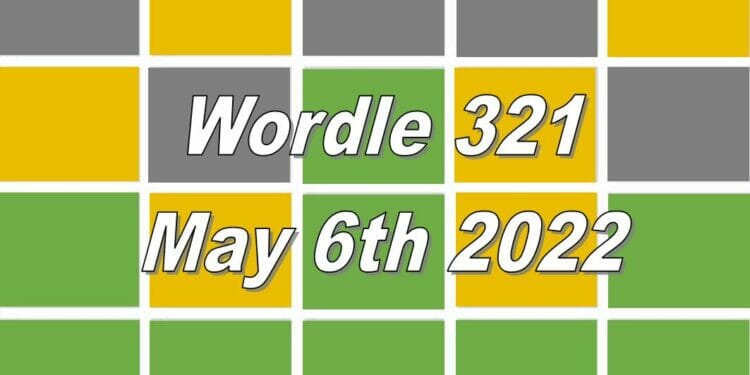 UPDATE: Click here for the hints and the answer to Wordle 322!

Wordle is a great word game that has gone viral with the results being posted all over social media. The aim of the game is to guess the five-letter American English word in six guesses or less. There are no initial clues given as to what the word could be, but once you have made a guess, the tiles will change colour letting you know more about the letters in the word.

As the word can be quite difficult, we have some hints for Wordle 321 to help you to solve it, which are:

Hint 1: Contains the letter G.
Hint 2: It starts with the letter B.
Hint 3: There are two vowels in the word today.
Hint 4: A small piece of metal, plastic, or cloth bearing a design or words, typically worn to identify a person or to indicate membership of an organization or support for a cause.

I then wanted to guess a word that has an E in it as it is the last vowel to be guessed and the word I wanted to use would also place the A in a different position. The word I used was ‘PEDAL’ and it showed me that there is an E in the answer, but it has not been placed in the correct position.

The next word I guessed was ‘FADES’ as it places the known letters in different positions as well as using other letters that have not been guessed yet to see if they appear in the word. This word placed the A in the correct position, but no other letters were revealed.

My mind had drawn a blank as I could not think of a word that has ‘AD’ in the middle and E at the end, so I guessed the word ‘ALGAE’ to see if the E is at the end of the word.

This was a great word to guess as it placed the E correctly at the end, as well as showing me there is a G in the word. This helped me to realise that the end of the word was likely ‘ADGE’, which meant I only had to guess the first letter. This made it easy to solve the answer to Wordle 321, which is…

Well done if you managed to guess the answer correctly today. Click here for the hints and the answer to Wordle 322!