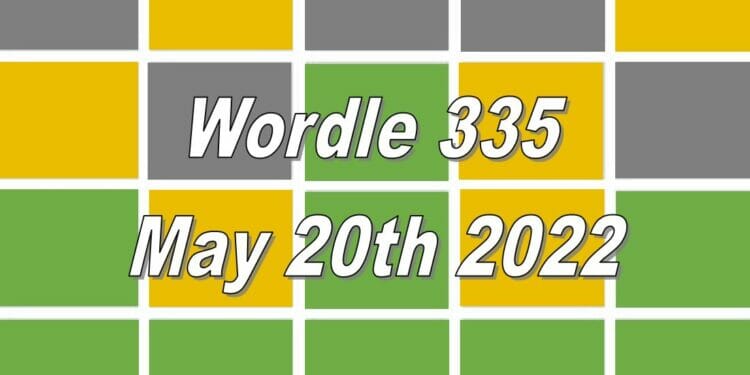 UPDATE: Click here for the hints and the answer to Wordle 336!

As the word can be quite difficult, we have some hints for Wordle 335 to help you to solve it, which are:

Hint 1: Contains the letter M.
Hint 2: It starts with the letter G.
Hint 3: There are two vowels in the word today.
Hint 4: A person who plays video games or participates in role-playing games.

Here is how I managed to solve the Wordle 335 word in five guesses today. First I guessed the word ‘AUDIO’, which showed me that there is an A in the answer, but it has not been placed in the correct position.

It seems more than likely that the E will be the fourth letter in the word and as there is no D in the answer, it probably ends in an R so I decided to guess the word ‘CAVER’. This placed the E and R in the correct positions, but did not reveal any other letters.

I then guessed the word ‘MATER’ and this showed me that there is an M in the word, but it is not the first letter, meaning it has to be the third. There is now only the first letter left to be guessed, which helped me to solve the answer to Wordle 335 in my next guess, which is…

Well done if you managed to guess the answer correctly today. Click here for the hints and the answer to Wordle 336!