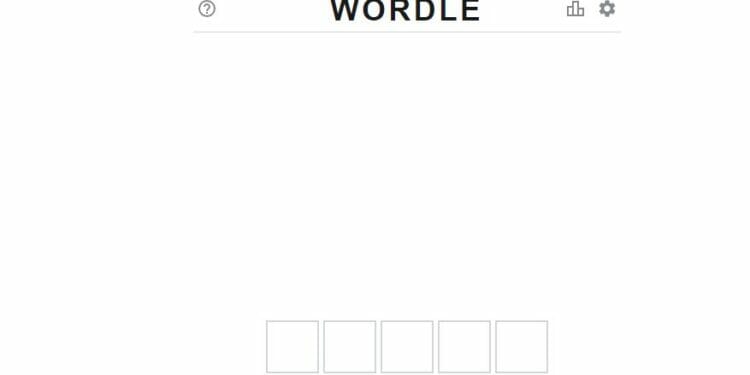 Wordle has taken the world by storm and has been a massive hit on Twitter. It’s a fairly new and simple game which has gone viral. The aim of the game is to figure out what the new five letter word is for the day.

Players only have six attempts to guess the wordle word and there are no hints provided. The first couple of words you guess are just that, a guess. From there, you’ll know if there’s a letter in the selected daily word as it’ll turn green.

If it turns yellow, that means you have correctly guessed the letter, but it’s not in the correct place. If the box that the letter is in turns grey, that means that letter isn’t in the word for that day.

The developer of the game is based in the UK and for that reason, the new daily Wordle word goes live at 12 AM GMT, which is 7 PM EST for those wondering. The word for yesterday, 210, can be seen here if you didn’t know what it was or didn’t manage to guess it.

If you failed to get the correct answer for Wordle word 211 that was released on 16th January, 2022 or you need a hint or two to figure it out, fear not, we’ve got you covered.

Below are three hints, below that, we’ll have a word that you can start off with, and below that, we have the answer for word 211.

Hint 1: Contains the letter A

Hint 2: It starts with the letter S

If you don’t want the hint, or you need a starting word to help you figure out 211, you can use sunny.

If none of the above helped you, or you’ve already got it wrong, the Wordle 211 answer released on 16th January 2022 is SOLAR.

Be sure to check back daily as we’ll be covering all of the answers. We’ll also be covering some alternatives to the game if you want more than one new word each day.

We’re working on an archive for all of the answers that have been released so far, we’ll link them to the answer articles we release in case you’re interested.