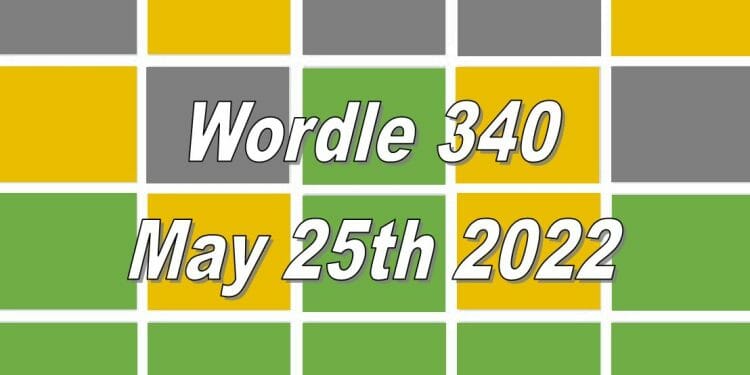 UPDATE: Click here for the hints and the answer to Wordle 341!

As the word can be quite difficult, we have some hints for Wordle 340 to help you to solve it, which are:

Hint 1: Contains the letter C.
Hint 2: It starts with the letter V.
Hint 3: There are two vowels in the word today.
Hint 4: Assert or confirm as a result of one’s own experience that something is true or accurately so described.

Here is how I managed to solve the Wordle 340 word today, but I did need all six guesses in order to solve the word. First I guessed the word ‘AUDIO’, which is my usual starter word, and this showed me that there is an O and U in the word.

As these two vowels are in the answer, it seems more than likely that they will be positioned next to each other in the word. I then guessed the word ‘SOUPY’ to see if I could place the vowels as well as revealing other letters in the answer. This word placed the O and U in the correct positions, but no other letters were revealed.

I then guessed the words ‘MOURN’ and ‘FOULE’ next and unfortunately, no other letters were revealed to be in the answer in either word. The next word I guessed was ‘TOUCH’, which was a great answer as it placed the C and H in the correct positions, which only left the first letter to be guessed.

I then managed to solve the answer to Wordle 340 in my next guess, which is…

Well done if you managed to guess the answer correctly today. Click here for the hints and the answer to Wordle 341!