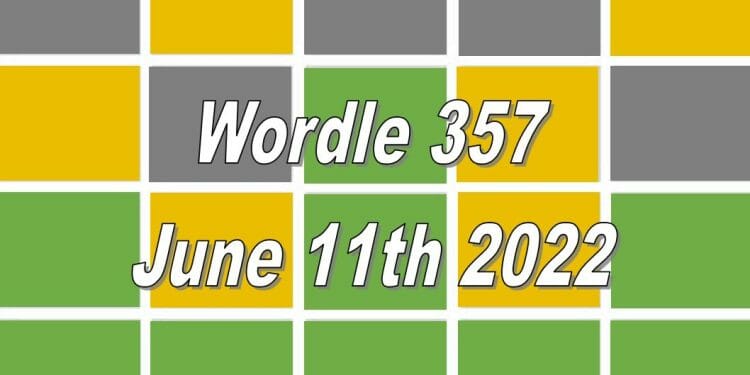 UPDATE: Click here for the hints and the answer to Wordle 358!

As the word can be quite difficult, we have some hints for Wordle 357 to help you to solve it, which are:

Hint 1: Contains the letter S.
Hint 2: It starts with the letter G.
Hint 3: There are three vowels in the word today (one letter has been repeated).
Hint 4: A large waterbird with a long neck, short legs, webbed feet, and a short broad bill. Generally geese are larger than ducks and have longer necks and shorter bills.

Here is how I managed to solve the Wordle 357 word in five guesses today. I first guessed the word ‘AUDIO’, which is my usual starter word and it only showed me that there is an O in the word but it has not been correctly placed.

I then guessed the word ‘POWER’ as it puts the O in a different position as well as using an E. This was a good word to guess as it placed the O correctly as well as showing me that there is an E in the answer, but it is not the fourth letter.

I figured that the word must end an in E, so I guessed the word ‘SOLVE’ as this uses letters I have not previously guessed. This word placed the E in the correct position and also revealed that there is an S in the word.

I then guessed the word ‘MOSTE’ and this still did not place the S correctly, not did it reveal any more letters. I know that the answer has to have an S as the fourth letter though.

I wanted to guess a word that has a double O in it and I managed to solve the answer to Wordle 357 in my next guess, which is…

Well done if you managed to guess the Wordle answer correctly today. Click here for the hints and the answer to Wordle 358!