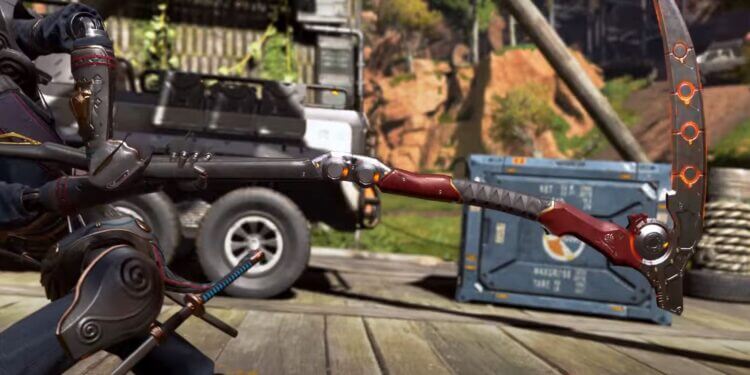 The Heirloom for Revenant in Apex Legends has just been revealed. Dead Man’s Curve and here is what it looks like.

The Heirloom sets in Apex Legends are ultra rare which contains a Banner Pose, Melee Weapon Skin and an Intro Quip. A new Heirloom set is released every collection event and fans like to guess which legend will be getting their Heirloom. So far the Legends that have their Heirloom sets are, Wraith, Bloodhound, Lifeline, Pathfinder, Octane, Mirage, Caustic, Gibraltar and Bangalore.

The way in which you can purchase the Heirloom set is either by purchasing all the 24 limited time cosmetics from the Collection event or by getting Heirloom Shards. These shards can be earned by opening Apex Packs, but they are so rare with each pack having less than 1% chance of dropping the 150 shards. (I still don’t have any shards, despite playing Apex since release).

The new Genesis Collection Event for Apex has just been revealed and to learn more about it and the full patch notes, click here. As previously mentioned, every new collection brings a new Heirloom set for a Legend and the fans like to predict which Legend will be receiving their Heirloom set. It was thought that Wattson would finally be getting her Heirloom, but she missed out on this occasion with Revenant being favoured instead.

Revenant’s Heirloom is called Dead Man’s Curve, which can be seen in the video below:

How to get Revenant’s Heirloom

What are your thoughts on Revenants Heirloom? Will you be using your shards to purchase it?