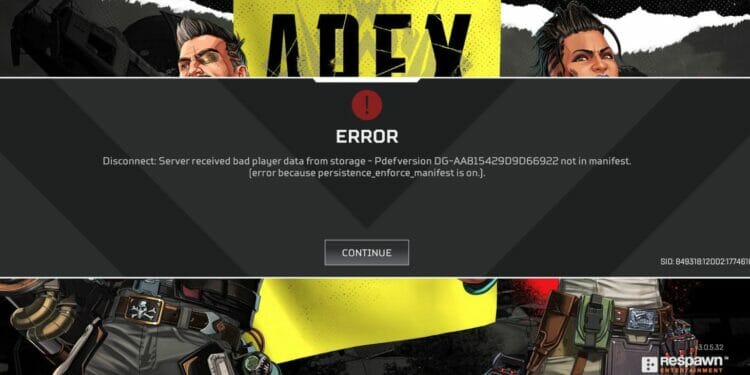 Here is why there are issues with the Apex Legends Servers and new hotfix for the game.

There have been some issues lately with in Apex Legends for the launch of Season 12: Defiance with the frame rate loss affecting PS4, Xbox 1 and Nintendo Switch players and just issues with the servers in general. This has been one of the biggest launches for Apex Legends to date, with an all time peak for concurrent players on Steam which the team may not have been prepared for.

There have been some issues that have been addressed with the servers, but there seems to still be a lot more issues happening even today on 11th February 2022, but the reason for that will be because of the hotfix Respawn have just pushed out for the game. We will talk through the issues that have been addressed in the hotfix but first, there is a way to solve the issue if you have the following message on your screen:

As there are hot fixes that have been made to the game, you may need to restart the game a few times in order to get into a match and play. The issues are currently being addressed so you should be able to play again normally soon.

Here are the fixes that have been made to Apex Legends today:

Control is a new mode that has been added to the game this season, which is extremely chaotic with teams of 9v9. Unfortunately there has been a glitch which has awarded some players with the Teamwork Badge which is hard to get as you need each player in your team to get 10 kills each in the BR mode. Some players have been wrongly granted this badge in Control mode where it is easier to get and even though this bug has been fixed now, players who were wrongfully awarded this badge will be able to keep it.

There are no changes that have been made to the issue with the frame rates on consoles in this hotfix, but Respawn did say they are still working on the fix and we will let you know if there of any changes that are made.