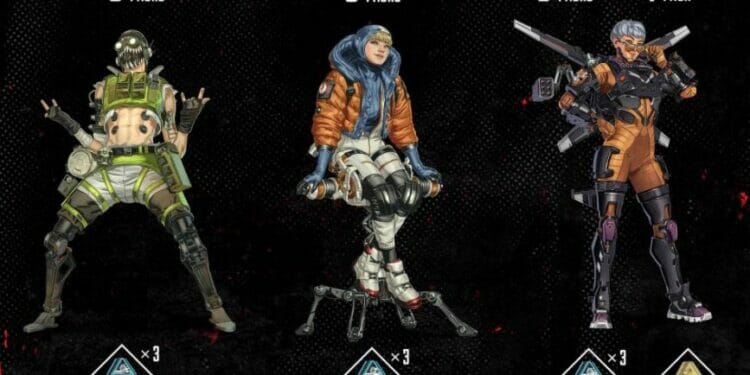 There are new free cosmetics that will be released for the 3rd year anniversary of Apex Legends for Octane, Wattson and Valkyrie.

Apex Legends is coming up to it’s third year anniversary as it was initially released on 4th February 2019 and Respawn are giving back to the community by releasing Octane, Wattson and Valkyrie Thematic Packs as well as a Legendary Pack and all you have to do to claim them is to make sure you log in when they are available.

If you have been playing the game for a long time, you would have already unlocked all the Legends as you would have a lot of Legend Tokens accumulated, but for those of you that have only started playing recently and don’t have them all unlocked, Respawn are granting Octane, Wattson and Valkyrie all for free and everyone will be awarded with thematic packs for each and here’s how to claim them.

There are three weeks in which these packs will be distributed to players and the first three Thematic Packs and Octane will be given for free to anyone who logs in from 10am PT/ 6pm GMT on February 8th and end at 9:59am PT/ 5:59am GMT on February 15th.

The third week you will unlock Valkyrie permanently and will receive three Thematic Packs and one Legendary pack starting from 10am PT/ 6pm GMT on February 22nd and end at 9:59am PT/ 5:59am GMT on March 1st.