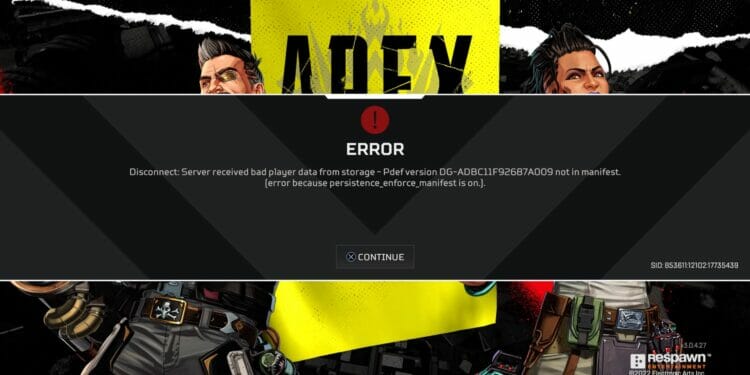 Here is what we know about the disconnect server received bad player data issue in Apex Legends.

There is a new Warriors Collection Event that is now live in Apex Legends where the new Crypto Heirloom, Biwon Blade, is now available. As with the majority of Heirlooms that have been released previously in the game, players can be granted the Heirloom without the Heirloom Shards if they purchase all of the collection items.

There is also a prize tracker for the event, where players will be able to earn Apex Packs as well as cosmetics for certain Legends. You can earn a free Mirage Skin, which is called High Contrast and is of Epic rarity when you have gained 3,000 points. You can also earn weapon skins for the 30-30 Repeater, called Dose of Madness, which is of Legendary rarity, as well as an L-Star skin called Beyond the Wheel, also of Legendary rarity.

The much anticipated Control Mode LTM has also returned, but it is only available for the two weeks the event is live. It should return some time in the future and will become a permanent mode, but that is yet to be announced. If you want to read more about the event, click here for the full patch notes.

Some issues have been occurring in Apex Legends as of late and one of the issues that have been reported is that players are getting a message saying:

This appears to happen at random and you can keep clicking continue to try and get back into the game. If this does not work, there is another work around where you have to close the game and then try and get into the lobby. You may receive the message again when you load the game back up, but after one or two tries of clicking continue, it should get you into a game.

We will keep you updated if there is any other issues with the game.