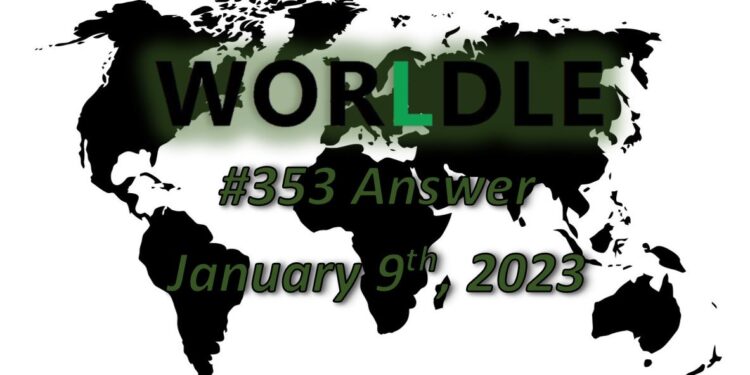 Here is the answer for the 353 Worldle country today, released on January 9th, 2023 and some hints to help you solve it.

UPDATE: Click here for the hints and the answers to Worldle 354!

Here is what the country/territory looks like for the Worldle 353 puzzle today:

The answer to the Worldle 353 country/territory today is…

FUN FACTS: Cyprus was once a gift from Roman General Mark Antony to the Queen of Egypt, Cleopatra.

The pair are still remembered as ill-fated star-crossed lovers who were cut down in the prime of their lives in a dramatic and bloody battle. During their romantic beginnings, Mark Anthony made a gift of Cyprus to the Egyptian queen. It was a political and strategic spot for any king or queen and a wonderfully romantic gift.

What Are The Worldle 353 Bonus Answers Today?

There are four bonus rounds today and the first one is to guess the five countries that border Cyprus.

The county outlines are shown to you, but the third one hasn’t for some reason and here are the answers to the countries next to Cyprus below:

The second round is to guess the capital of Cyprus.

The capital city of Cyprus is…

The third round is to guess the flag for Cyprus. There are eight options for you to choose from and here is what the Cyprus flag looks like below:

The fourth and final round is to guess the population and currency of Cyprus and the answers are:

Let us know in the comments section below if you managed to solve the Worldle today and if there are any other games you want us to cover. Click here for the hints and the answers to Worldle 354!