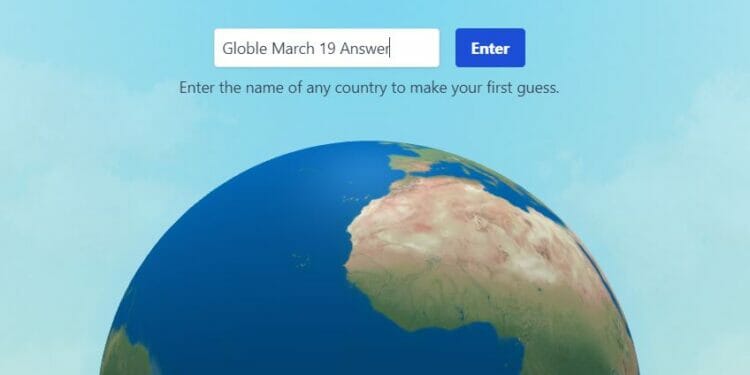 Here are our hints and the answer for the Globle country word game.

There are a few different unique spin-offs to Wordle, one of them being Nerdle. Instead of guessing a daily word, players are tasked with guessing an equation. There are also more than four game modes you can play and developers are constantly testing new modes and asking for feedback from players.

Heardle is another game with a unique twist. Players need to guess the daily song in six attempts or less. Each incorrect or skipped guess unlocks more of the song, but the more clips of the song you need to listen to, the worse your score will be.

Then we had the globe map games. One of them is Worldle. The premise is simple, players need to guess the random country of the game, but everything else works the same as other word games.

Globle is different. Every day, there is a new mystery country which you need to guess with the fewest amount of guesses. There isn’t a set of the number of guesses you have, but the more guesses you need, the worse your score. The game features a globe with countries that you’ve guessed changing colour based on how far they are from the selected mystery country for the day.

Here’s what the colours of countries will look like if the mystery country Is Japan:

Here are our hints and the answer for Globle release on March 19th, 2022.

Although unlimited guesses are nice, sometimes it can still prove difficult to guess the mystery country. For that reason, we provide our own hints and you can find ours for the March 18th mystery country below:

If you’re still struggling or just want to know the answer to the Globle released on March 19th, 2022, the answer is Laos! 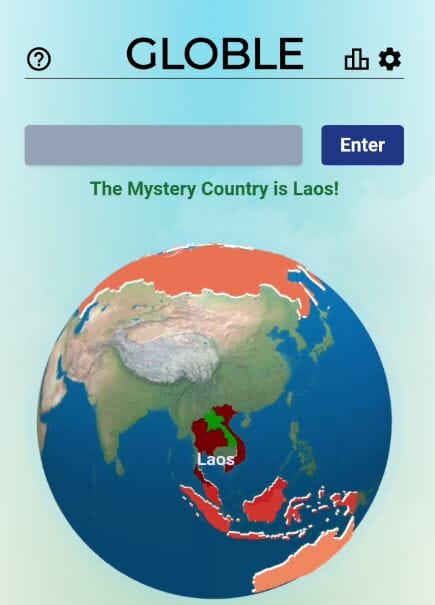