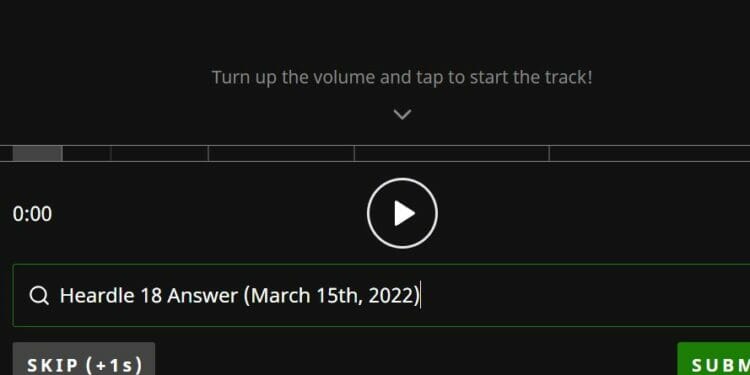 Twitter users have been posting a list of games on their to-do lists for the past few weeks. Wordle, for the most part, tops that list. Wordle alternatives such as Quordle and Dordle are also featured on the list.

Then there are games with a unique twist, such as Nerdle, which requires players to guess an equation rather than a word. Nerdle is not only one of the more unique games, but the developers are constantly updating it with new game modes.

Heardle also falls into that category. Instead of guessing a word or equation, players are tasked with guessing a new song each day. A short clip of the song is available with more of the song unlocking after each incorrect guess or by skipping an attempt.

The more of the song you listen to, the worse your score will be. Much like these other daily games, you can share your result on Twitter. We’ve already seen the game surge in popularity due to Spotify, SoundCloud, and other popular streaming companies sharing their results. For those of you who are struggling with Heardle 18, we have some hints and the answer below.

UPDATE: Heardle 19 released on March 16 hints and answers can be found by clicking HERE.

If you’re struggling with Heardle 18, but don’t want to look at the answer, we have a couple of tips below to help you out:

If the hints above aren’t enough to help you conquer today’s song, you have no choice but to look at the answer.