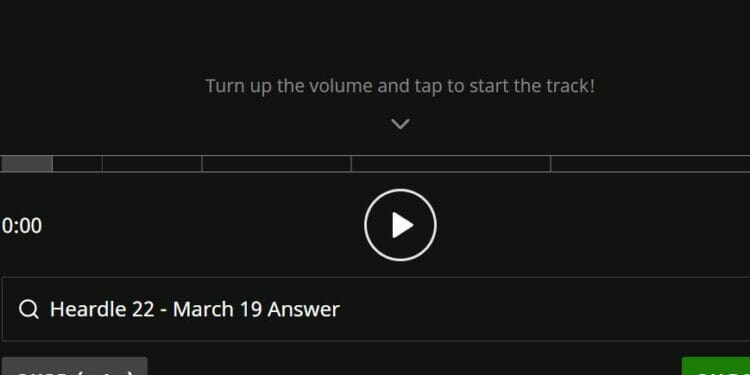 Heardle is one of the most popular games that’s launched in the last few weeks. In fact, it appears as though it’s already more popular than most word games including Quordle, Dordle, and Octordle.

The game was released three weeks ago and went viral shortly after. Popular musicians were posting their scores on Twitter as well as music streaming giants Spotify.

If you’ve never played Heardle before, the premise is simple. The game starts by providing players with a small clip of the daily chosen song. The more incorrect or skipped guesses, the more of the song that you unlock.

You have six clips to guess the song, and a new song is available at midnight local time. However, players tend to change the time on their devices in order to play the next game earlier.

Although clips can be more than enough to guess the word before you run out of tries, sometimes you won’t know what the song is or you’ve forgotten the name. For that reason, we provide hints for each daily Heardle along with the answer if you’re still struggling.

What might be an easy song for some will be a hard song for others. For that reason, we provide hints to help anyone that’s struggling. You can find our hints for the March 19th Heardle below: