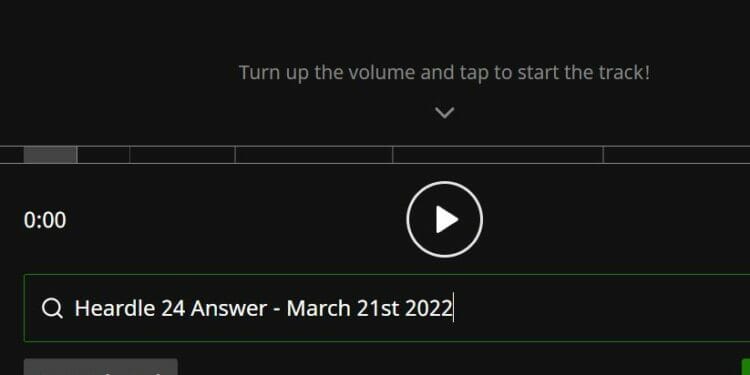 A new Heardle is available to complete on March 21st, 2022. Here are our hints and the answer to number 24.

Heardle is the only music game that we know of. The game was released just over three weeks ago and claimed a large player base fairly quickly due to how unique the game is in comparison to the other games that took inspiration from Wordle.

The game tasks players with guessing the daily song. You have six attempts to guess and you need you to start off by listening to a small clip of the song. You unlock five other parts to the song with each incorrect or skipped guess.

There’s a new song available at midnight local time, but some players tend to change the time on their devices in order to play the next song early. If you’re struggling with the song released for Heardle 24 (March 21st), we have our usual hints along with the answer.

We’ve had some easy songs so far that players have managed to guess in the first attempts. Others have been much harder based and even if you listen to more than half the audio clips, it is still difficult to guess.

For that reason, we have our own hints in case you’re finding it difficult to figure out today’s song: