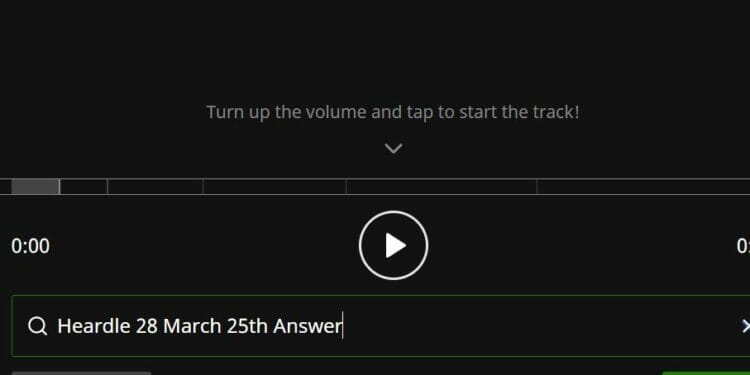 Song number 28 for Heardle has been released on March 25th, 2022. Here are our hints and the answer to today’s popular music game.

Ever since Wordle was sold to The New York Times, they’ve been going after games that have utilized the name in some form. For example, a few weeks ago, Wordle Archive was shut down after a DMCA notice was filed to the site owner.

It was a popular site for those that hadn’t been playing the game for long. It allowed players to play any previous Wordle and the site being removed hasn’t gone down well with players that were using the site on a daily basis. Now, The New York Times has forced Wordle 2 to change its name.

However, popular games like Quordle, Nerdle, and Heardle will avoid a similar fate. If you haven’t played Heardle yet, the premise of the game is to guess the daily song in six attempts or less.

Players start off with a small part of the song with more parts of the song unlocking with each incorrect or skipped guess. The more of the song you need to listen to, the lower your score will be. Like Wordle, you can share your score on social media, a feature that made the game popular after Spotify shared its result on Twitter.

There’s a new Heardle song available each day at midnight local time. If you’re struggling with March 25, 2022 song, we have our own hints along with the answer below.