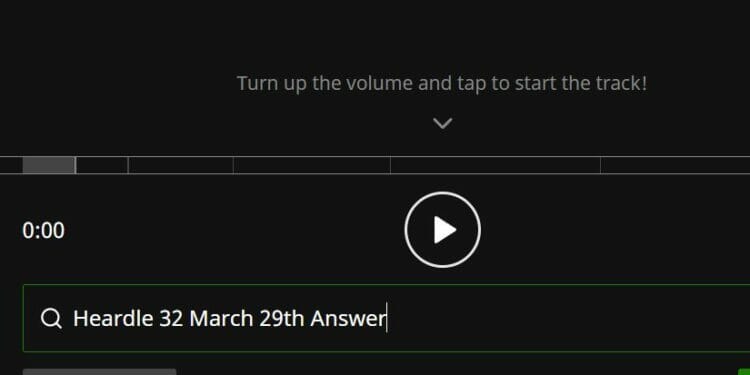 A new Heardle song is now available. Here are our hints and answer for the March 29th, 2022 song.

Heardle is one of the most popular daily guessing games that has been released in the past couple of months. It was released in February and was quick to gain a loyal player base.

Like Wordle, players can share their results on social media. The popularity of the game grew considerably when music artists and major streaming platforms including Spotify shared their scores on Twitter.

Although there’s no official information regarding their daily and total player count, it’s likely going to be similar to higher than Quordle. According to the Quordle site, the popular word game has more than two million daily players and a total of fifteen million players.

If you’ve never played Heardle before, the game is pretty simple. Guess the daily song in six attempts or less. The game starts off with a small part of the song. The more incorrect or skipped guesses, the more of the song you’ll unlock.

A new song is released at midnight local time. We’ve been providing players with hints along with the answer to each Heardle for the last couple of weeks and today is no different. Here are our hints and answer for the March 29th, 2022 Heardle.