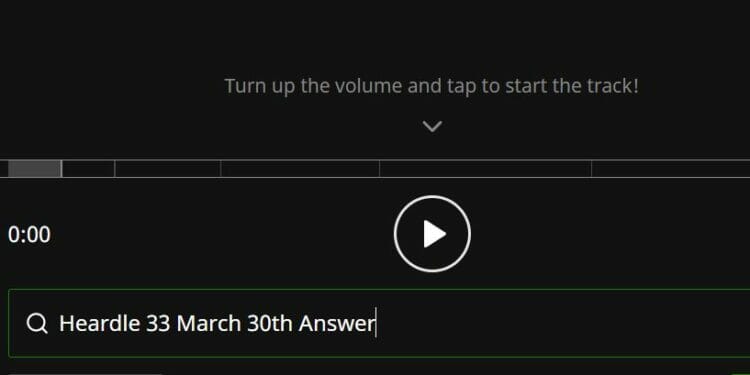 Heardle is a daily music game that was released just over a month ago. Unlike some of the other daily games that put their own spin on Wordle, Heardle was quick to gain a large player base.

With the game being more unique in comparison to games like Quordle and Dordle, it was quick to gain over a million players within a few days. Thanks to the sharing feature, popular music artists shared their scores on Twitter, which is the reason behind its quick growth.

Heardle’s premise is simple; guess the daily song in six attempts or less. Players start by listening to the intro of the chosen song for the day. Skipped or incorrect guesses unlock more of the song. The fewer attempts you need to guess the song, the better your score.

There’s a new song released each day at midnight local time. For each song, we provide our own hints along with the answer for those of you struggling, and today is no different. Here are our hints and the answer to Heardle 33, released on March 30th, 2022.