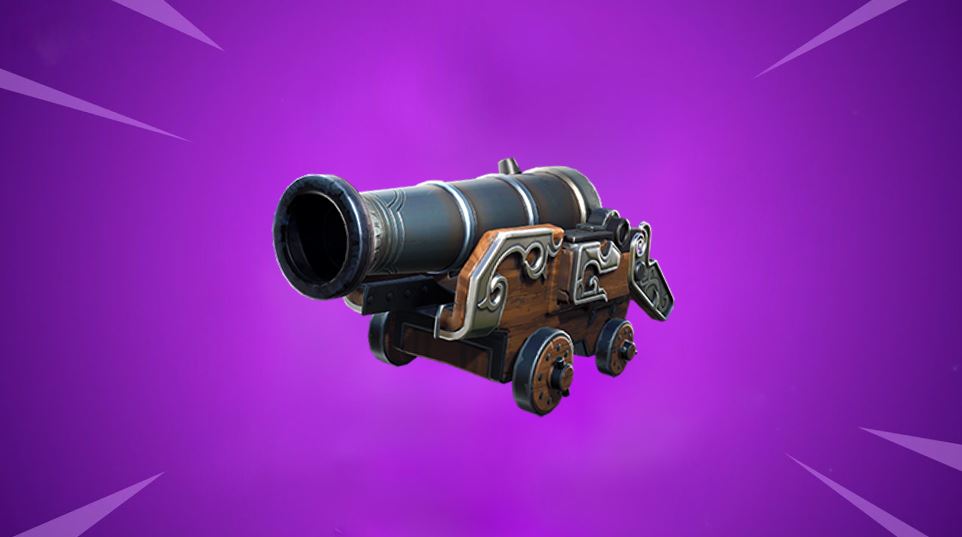 A Fortnite fan find a new way to fly across the map with the new Pirate Cannon item.

There were many changes made to Fortnite Battle Royale in Season 8 with one of them being a new Pirate Cannon item. This item is classed as a vehicle, but can also do damage to enemies. It has two seats, one for the driver and one for the human cannon ball. The player that is acting as the human cannon can hide in the barrel of the cannon, fire themselves out or can be fired by the driver. Once the player has been fired, you cannot change the direction you are travelling whilst being in the air.

Fans have been using this vehicle to travel across the map quicker and to deal damage to enemies, but Reddit user Geerzy has shown how to use the Pirate Cannon to fly across the map.

There are vents that are only found near the volcano and one in Salty Springs which will be need to help you travel further. You will need to point the cannon in the direction you want to launch and back up with the Pirate Cannon into the volcano vent, which will launch you into the air. You will then need to tilt the cannon down and fire and when you hear it reload, shoot again to travel further.

Once you have landed, you can fire yourself out of the cannon to launch yourself even further across the map. One huge benefit of using this method to travel across the map is that you will not take any fall damage.