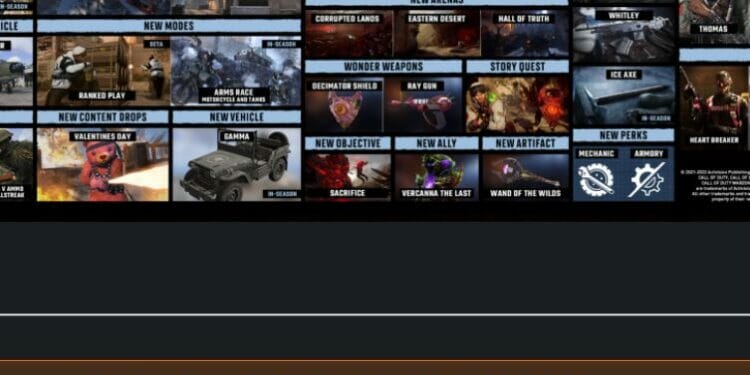 Warzone has been suffering from a ridiculous amount of bugs and crashing issues since the launch of the Pacific Caldera map. Some of the issues have been addressed in recent weeks, although there are still some major issues.

The freezing at the buy station problem was resolved, but now players are freezing in random locations, which occur more often at the start of the game. After dropping into numerous Rebirth Resurgence games yesterday, I experienced freezing issues in at least 30 percent of those games.

We do have a new Warzone update today and we know what has been fixed and changed with Raven Software releasing the official patch notes a few minutes ago. Here’s the February 24th, 2022 Warzone update patch notes.

Thankfully, the new Warzone update doesn’t require a download. However, when you boot up the game, you’ll need to restart the game in order for the server-side patch to take effect.

Various issues and bugs have been addressed today including the issue where players would freeze during the early stages of a match. Other issues including infinite Nebula V rounds, changes to the Gulag, and issues with slight of hand have all been addressed.

Thankfully, the PPSh-41 has been nerfed. If you weren’t aware, the PPSh-41’s damage profile was changed with both it’s base damage and location-based multiplier accidentally being increased. This made the PPSH the meta weapon until today’s fix.

The Vanguard PPSH has had it’s neck multiplier increased to 1.3 from 1.1 but the maximum, mid, and minimum damage values have been fixed, so it definitely won’t be as powerful as it has been over the last couple of days.