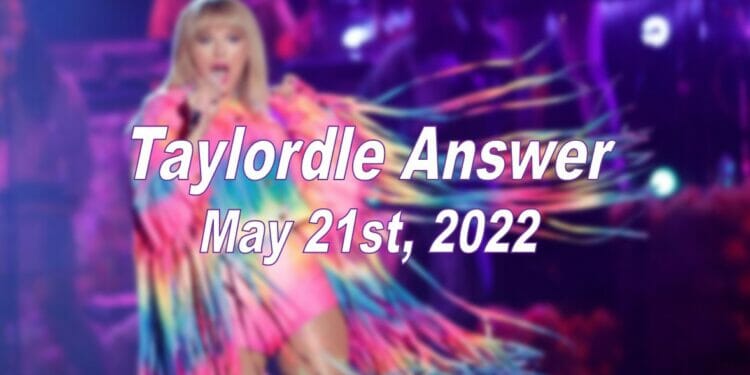 UPDATE: Click here for the hints and the answers to Taylordle 114!

As the word can be difficult at times, we have some hints for the Taylordle 113 word to help you to solve it, which are:

Hint 1: Contains the letter G.
Hint 2: It starts with the letter A.
Hint 3: There are three vowels in the word (one letter has been repeated).
Hint 4: It is the second word to one of her songs on the fourth album.

The answer to Taylordle 113 is…

FUN FACT: At the age of 10, Taylor Swift was singing at a variety of local events, including contests & fairs.

Well done if you managed to guess the answer to the Taylordle puzzle today! Click here for the hints and the answers to Taylordle 114!