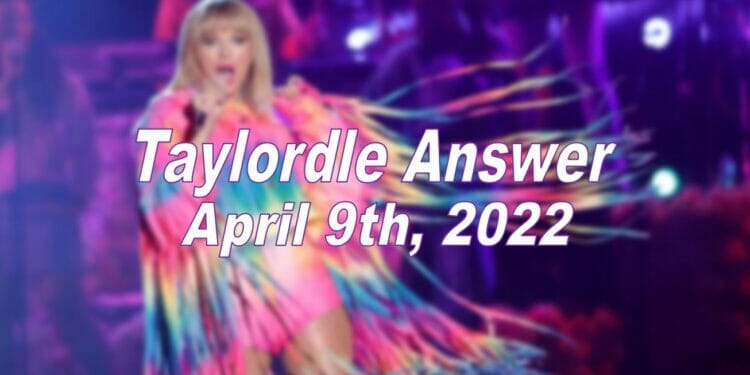 Here is the answer and some hints for the Taylordle 71 word for today, released on April 9, 2022.

UPDATE: Click here for the hints and the answer to Taylordle 72!

As the word can be quite difficult, we have some hints for Taylordle 71 to help you to solve it, which are:

Hint 1: Contains the letter R.
Hint 2: It starts with the letter G.
Hint 3: There are three vowels in the word.
Hint 4: A musical instrument.

The answer to Taylordle 71 is…

FUN FACT: Taylor Swift was around 12 years old when she first started to learn how to play the guitar by local musician Ronnie Cremer.