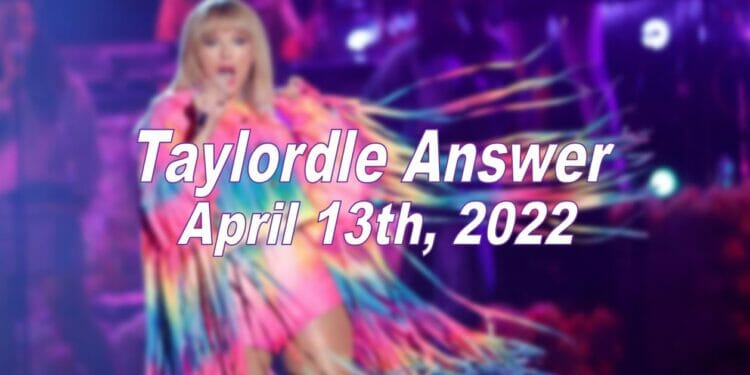 UPDATE: Click here for the hints and the answer to Taylordle 76!

As the word can be difficult at times, we have some hints for the Taylordle 75 word to help you to solve it, which are:

Hint 1: Contains the letter R.
Hint 2: It starts with the letter T.
Hint 3: There are two vowels in the word.
Hint 4: This is the second word in a song released on the Folklore album.

The answer to Taylordle 75 is…

FUN FACT: “My Tears Ricochet” was the first track written for the Folklore album, which was written solely by Taylor Swift and she write the first lines of the song after watching the 2019 film Marriage Story.