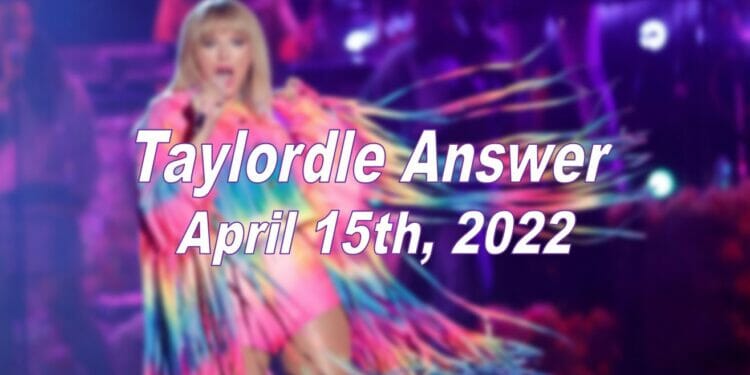 UPDATE: Click here for the hints and the answer to Taylordle 78!

Taylordle is a great game for Taylor Swift fans (Swifties) and Wordle fans as this game merges both into one. The aim of the game is to guess the Taylor Swift-related word for the day and the game works in the same way as Wordle where you have six guesses in which to solve the word.

As the word can be difficult at times, we have some hints for the Taylordle 77 word to help you to solve it, which are:

Hint 1: Contains the letter R.
Hint 2: It starts with the letter B.
Hint 3: There are two vowels in the word (one letter repeated).
Hint 4: An alcoholic drink (plural).

The answer to Taylordle 77 is…

FUN FACT: Taylor Swift mentions ‘beers’ in the Closure song of the Evermore album and the lyrics are as follows:

‘I’m fine with my spite and my tears and my beers and my candles.’