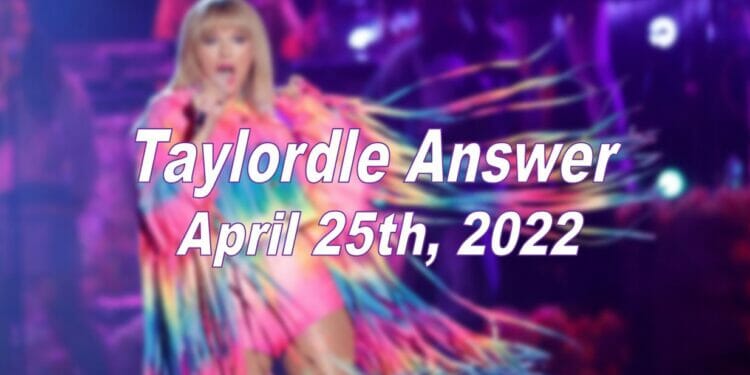 UPDATE: Click here for the hints and the answer to Taylordle 88!

As the word can be difficult at times, we have some hints for the Taylordle 87 word to help you to solve it, which are:

Hint 1: Contains the letter T.
Hint 2: It starts with the letter I.
Hint 3: There are three vowels in the word (all three are the same letter).
Hint 4: It is the first word from the title of one of her Folklore album songs.

The answer to Taylordle 87 is…

FUN FACT: A writer for the hit Netflix series Bridgerton, revealed on Twitter that the unofficial anthem whilst she was writing one of the episodes was Illicit Affairs. She also included the lyrics ‘You showed me colors / You know I can’t see with anyone else…’ from the song.