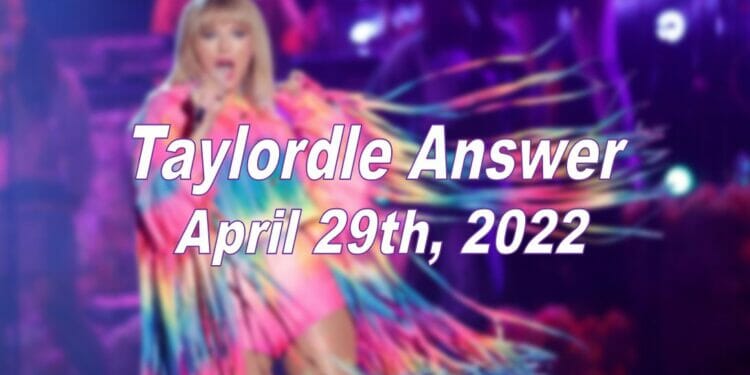 UPDATE: Click here for the hints and the answer to Taylordle 92!

As the word can be difficult at times, we have some hints for the Taylordle 91 word to help you to solve it, which are:

Hint 1: Contains the letter E.
Hint 2: It starts with the letter L.
Hint 3: There are two vowels in the word.
Hint 4: It is a type of drink.

The answer to Taylordle 91 is…

FUN FACT: There was a collaboration with Starbucks and Taylor Swift where customers could order “Taylor’s Latte” or “Taylor’s Version,” which is a grande caramel nonfat latte, in stores and via the Starbucks app.