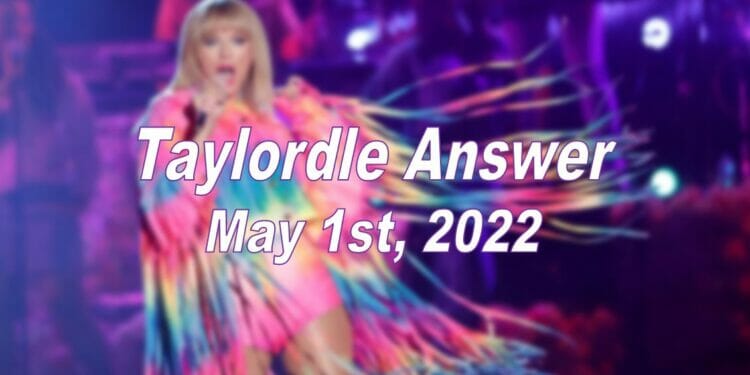 UPDATE: Click here for the hints and the answer to Taylordle 94!

As the word can be difficult at times, we have some hints for the Taylordle 93 word to help you to solve it, which are:

Hint 1: Contains the letter S.
Hint 2: It starts with the letter C.
Hint 3: There are three vowels in the word.
Hint 4: It is the name of a song in her Evermore album.

The answer to Taylordle 93 is…

FUN FACT: At the age 1of 2, a computer repairman taught Taylor how to play three chords on the guitar, which inspired her to learn to play the guitar and start songwriting. Her first song was called ‘Lucky You‘.