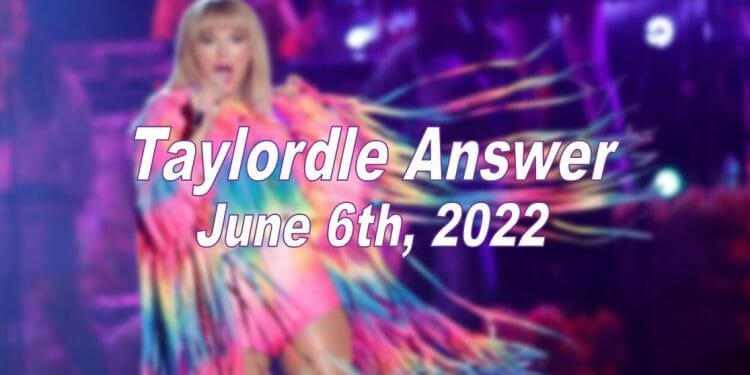 UPDATE: Click here for the hints and the answer to Taylordle 130!

As the word can be difficult at times, we have some hints for the Taylordle 129 word to help you to solve it, which are:

Hint 1: Contains the letter B.
Hint 2: The word starts with a T.
Hint 3: There are three vowels in the word today.
Hint 4: It is the fourth word of one of her songs from the Red album.

The answer to Taylordle 129 is…

FUN FACT: Swift premiered one Red album track each week on Good Morning America, from September 24 until the album’s release date of October 22, 2012, as part of a four-week countdown. “I Knew You Were Trouble” was the third song that Swift premiered, on October 8, 2012.