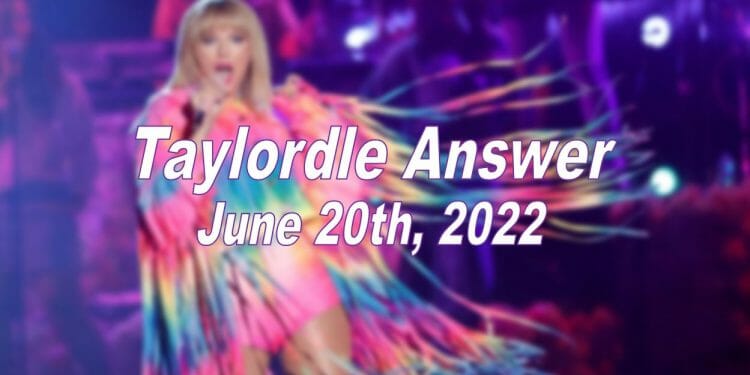 UPDATE: Click here for the hints and the answer to Taylordle 144!

As the word can be difficult at times, we have some hints for the Taylordle 143 word to help you to solve it, which are:

Hint 1: Contains the letter W.
Hint 2: The word starts with a C.
Hint 3: There is only one vowel in the word today.
Hint 4: A circular ornamental headdress worn by a monarch as a symbol of authority, usually made of or decorated with precious metals and jewels.

The answer to Taylordle 143 is…

FUN FACT: Taylor Swift has voice acted the character of Audrey in The Lorax.