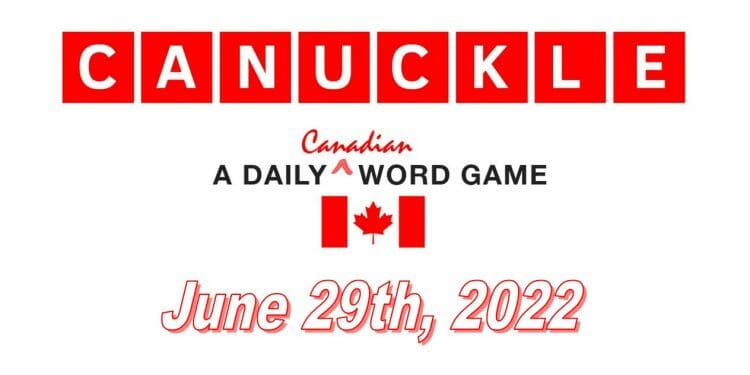 UPDATE: Click here for the hints and the answer to Canuckle 141!

It looks like Canuckle will be coming to an end, as when you have solved the puzzle for the day, it says only two days remaining, meaning that it will end on Canada day, which is on the 1st July, 2022.

As the word can be quite difficult, we have some hints for Canuckle 140 to help you to solve it, which are:

Hint 1: Contains the letter T.
Hint 2: It starts with the letter G.
Hint 3: There are two vowels in the word today.
Hint 4: Of an extent, amount, or intensity considerably above average.

The answer for Canuckle 140 is:

Although it is unknown who coined the term “Great White North” in reference to Canada, the nickname has been in use for many decades. “Great” because it’s the second largest country in the world. “White” because of the amount of Arctic frozen tundra and snow within the country. Finally, “North” because not only does Canada take up most of the northern half of North America, it also stretches nearly to the North Pole! Canada is also home to the Great Lakes, the largest group of freshwater lakes on Earth, as well as Great Bear Lake and Great Slave Lake in the Northwest Territories.

Click here for the hints and the answer to Canuckle 141!