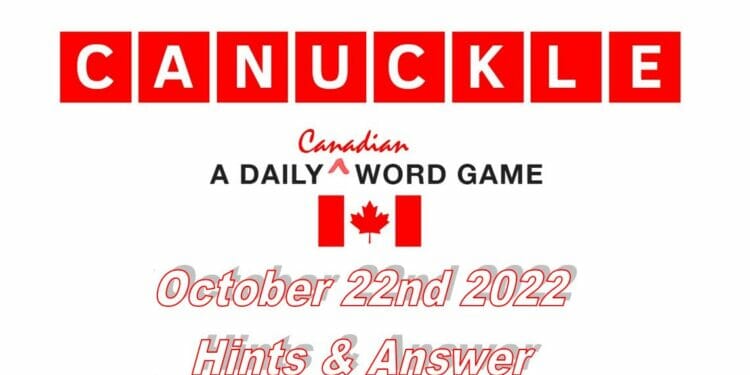 Here is the Canuckle answer today for #161 word, released on October 22nd, 2022 and some hints to help you solve it.

UPDATE: Click here for the hints and the answer to Canuckle 162!

As the word can be quite difficult, we have some hints for Canuckle 161 to help you to solve it, which are:

Hint 1: Contains the letter C.
Hint 2: It starts with the letter O.
Hint 3: There are two vowels in the word today.
Hint 4: Another term for killer whale.

The answer for Canuckle 161 is:

On the Pacific west coast, the Johnstone Strait, between Vancouver Island and the British Columbian mainland, is one of the best places in the world to see orcas. From late June to October this spot is home to nearly 300 of these majestic, playful creatures.

Click here for the hints and the answer to Canuckle 162!