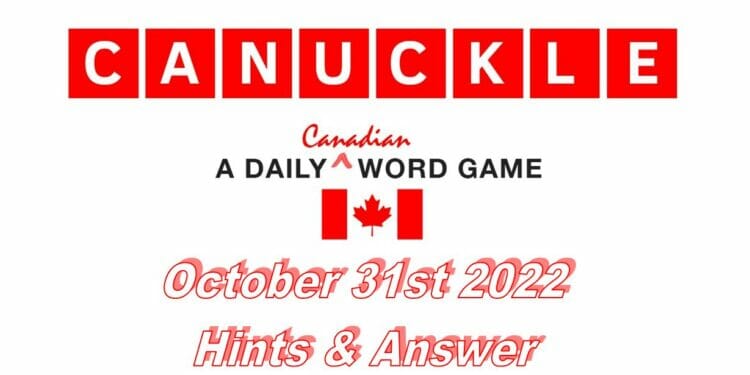 Here is the Canuckle answer today for #170 word, released on October 31st, 2022 and some hints to help you solve it.

UPDATE: Click here for the hints and the answers to Canuckle 171!

As the word can be quite difficult, we have some hints for Canuckle 170 to help you to solve it, which are:

Hint 1: Contains the letter V.
Hint 2: It starts with the letter R.
Hint 3: There are two vowels in the word today.
Hint 4: A large heavily built crow with mainly black plumage, feeding chiefly on carrion.

The answer for Canuckle 170 is:

The raven is of high importance to Indigenous Peoples throughout Canada, appearing in myths, legends, art and traditions. It is particularly important to Aboriginal people of the British Columbia coast, where it symbolizes creation, knowledge and prestige. The raven was adopted as the Yukon’s official bird in 1985.

Click here for the hints and the answers to Canuckle 171!